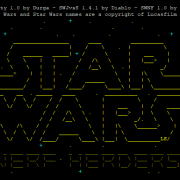 In a galaxy far, far away, where culture and civilization span hundreds of worlds and species, where the possibilities for all kinds of adventure are endless, and notions of free and control are constantly at odds. Tyranny is opposed by rebel fighters, democracy is assailed by insidious plots, crime lords and merchants taking advantage to profit, and even a simple nerf herder will find themselves embroiled in a journey across the stars. This is a galaxy of wondrous aliens, bizarre monsters, strange droids, powerful weapons, great heroes, and terrible villains. It is a galaxy filled with fantastic worlds, magical devices, vast fleets, awesome machinery, terrible conflict, and unending hope. ------------------------------------------------------------------------------- Hey folks! Game is still in development, we have many ideas coming to life. If anyone is interested in helping out or making suggestions on what you'd like to see in a star wars mud, feel more than welcome to express them! swnf.vineyard.haus:4219

"Three generations ago, The Empire was overrun. The Last
Outpost, a small coastal trading community located deep in the wild, was spared from most of the fighting and survived. Life in the Outpost is not easy, and many of the finer things from the old Empire are absent. The residents of the Outpost are descended from the survivors of The Fall, a tough and adventurous breed. They are well suited to the task of reclaiming the land once tamed by their forefathers."
Along with exploring and advancing through the game world, The Last Outpost offers players the ability to lay claim to the zones that make up the land. Once claimed, a zone can be taxed, and the player making the claim gets to decide the player killing policy within the zone. Whoever claims the whole world is declared the Leader of the Last Outpost!
The Last Outpost has a large unique world, player elected
clan membership, player regulated pkilling, and a hands-off policy for gods.
The game accepts both IPv4 and IPv6 connections, and has a built in shell-like CLI with arrow history, hotkeys, and tab completion. The game does not require additional client software, and connections made through the web page are SSL encrypted.
Whether you enjoy hack 'n slash, following quests, PvP, NPK, playing in clans, or soloing, the Last Outpost has it. 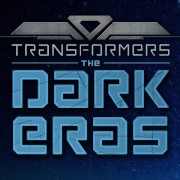 
War has erupted in full on Cybertron once again. In the wake of the corrupt Senate's fall, Optimus Prime aims to rebuild society by creating a new system of government that he promises will not follow in the footsteps of the former leadership's unscrupulous ways. But will the new Prime simply turn into another one of his predecessors over time? What will he do about the ever-diminishing supply of energon?
Now, Megatron has returned from exile and re-assumed command of the Decepticons, vowing to topple Prime’s new world order and establish his own world of peace and equality. What will you choose? Will you stand with Optimus Prime and work to restore order to Cybertron, or will you join the Decepticons and strive to tear it down?
Will you stand alone?
Make your choice now.

Questions? Just want to chat? Connect with staff and players on our Slack community channel.