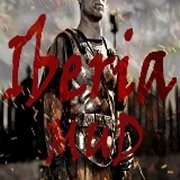 After the Punic Wars in the third century BC, Rome had conquered most of the Iberian Peninsula and the Lusitanian army had been driven to the brink of defeat. After promising peace, Roman Consul Servius Sulpicius Galba betrayed the Lusitanians and killed many of them in a bloody massacre. Among the few who escaped was their leader, Viriathus. Viriathus organized a resistance force and drove the Romans back to regain control of the peninsula. Lusitan was overjoyed. From humble origins and often called barbarians, they had held their own against the Roman legions.