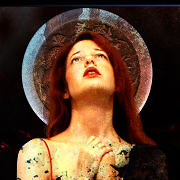 One of the oldest role-play MUDs around, The Inquisition began in 1999 with an original theme and has been programmed and designed for immersive RP ever since. The Inquisition Legacy represents a re-opening of The Inquisition II with a new immortal staff.
Our world embraces the culture of oppression in its desparate goal to destroy all those who use magic. Inquisitors terrorize the populace, and mages hide as best they can until their moment arrives to strike back.
Our setting is rich in the manner only a game developed for over twelve years can be, and we have a superb base of creative, intense, and devoted players that drive our Machiavellian-style RP.
In turn, our players are supported by intuitive system tools that help them realize the extent of their storytelling capacity: They can modify room descriptions during RP, masquerade under aliases, spread rumors, keep track of IC events, make and sell objects, and much more.
Experience gained through RP can be used in an account to improve their other characters, and finding RP is as easy as typing 'where'.
FEATURES:
Tweet