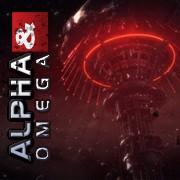 Mass Effect: Alpha & Omega is a roleplaying game set in the Mass Effect universe after the end of the Reaper War.

The war ended when Commander Shepard gave her life to destroy all non-organic life in the galaxy, including the Reapers, the Geth, and all AIs. Now, people of all species and homeworlds are left to pick up the pieces. Many have made their way to the lawless edge of the Galaxy: Omega.

Here, criminals, terrorists, and malcontents make their home. Added to that are thousands of refugees fleeing the remains of their Reaper-destroyed homeworlds.

Here, the members of the growing Alpha Phoenix mercenary and are scrambling to make a name for themselves in what's left of the universe. Here, they're finding themselves tossed into fights and mysteries bigger than anything they thought they signed up for.

We are a code-light, RP-heavy game. We have no coded space system, combat system, etc. We do have have lots of excellent story drive by both staff and player-run plots and an active, friendly community. We'd love to have you join us!
Tweet